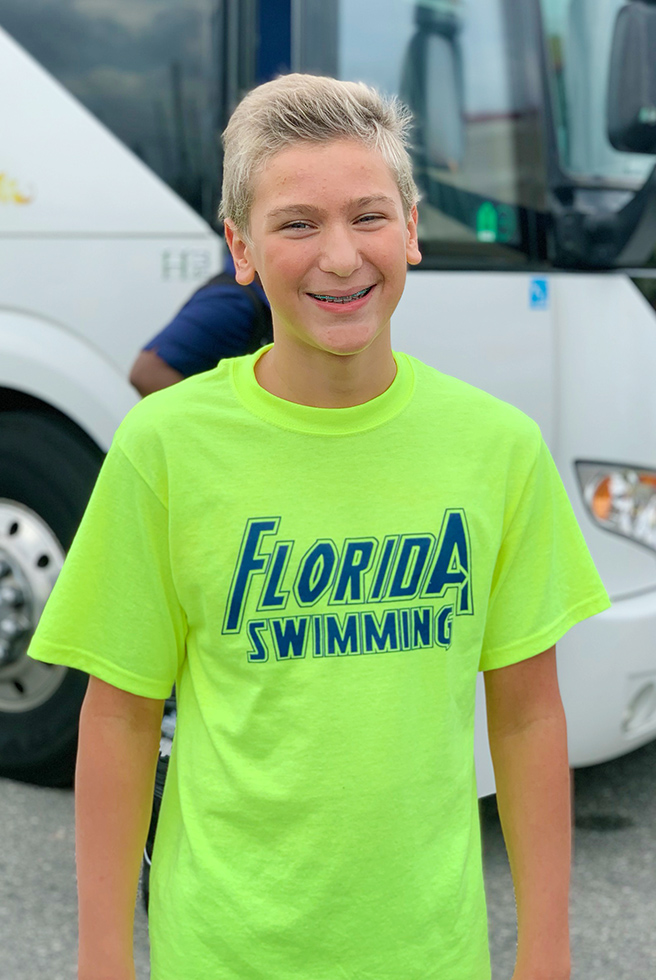 What did you do?

At the age of 6, Thomas began swimming for recreation.

Swimming would eventually become a year-round sport for Thomas where he would begin to post times fast enough to allow him to compete with the fastest swimmers in his age group from across the state and the southern region of the US. At the age of 10, he was the 400-meter freestyle long course champion in the state of North Carolina.

As a result, he received the “Highest Achiever Award” from the Marlins of Raleigh swim team for his national ranking among swimmers which was presented to him by Olympic gold medalist Natalie Coughlin.

Thomas was also recognized by North Carolina Swimming for his top-five ranking in the state for numerous swims in the 10 and under, and the 11-12-year-old age groups. Due to his achievement, he was given two “Golden Tickets” to participate in special Select Camps, and he received an invitation to an IMX Camp where swimming clinics are provided for the top swimmers in the state.

In September of 2018, Thomas’ family moved to Florida where Thomas continues his passion for the sport of swimming. Recently, he competed in the state championships qualifying for finals in every preliminary event and finishing in the top 7 in all of his events.

As a result, Florida Swimming selected Thomas as one of 8 boys among the 11-12-year-old age group from across the state to represent the Florida Swimming Zone Team at the Southern Zone Age Group Championships in Cary, NC.

It helps me to be disciplined and it gives my family flexibility to travel to different swim meets.

I want to swim in the Olympics one day.

Science – because I like to learn about living things and the world around us.

The photo was taken at:
Brandon, Florida prior to loading the bus for the Zones Championships.