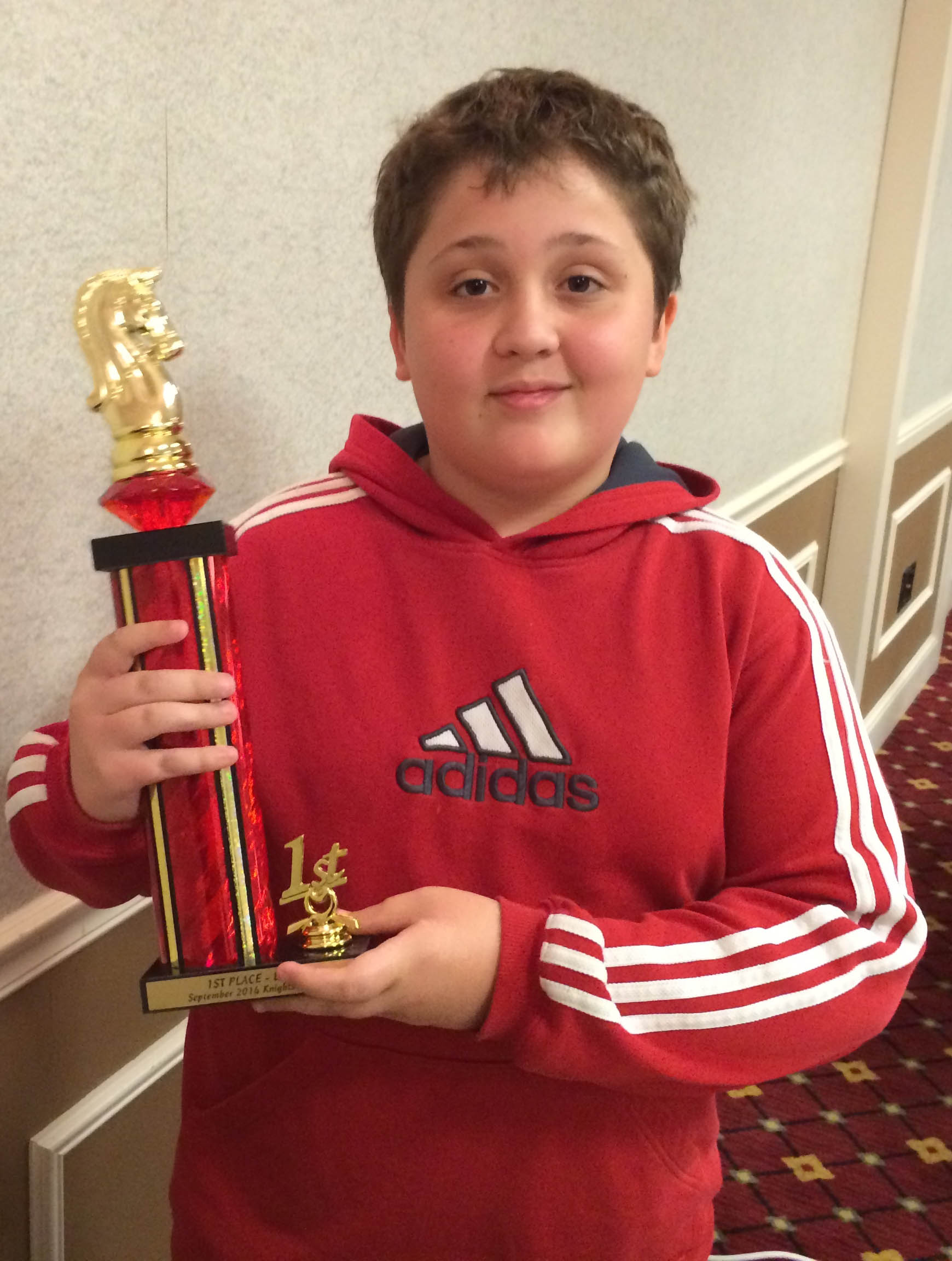 Frank won 1st place in his division in the Renaissance Knights chess tournament on September 14th. He won 2 games in a row. The third game resulted in a draw. In the fourth game, he won against the only undefeated player at the tournament, giving him first place.

Homeschooling made this day possible. Homeschooling makes it possible to incorporate chess into the school day, including playing online, working puzzles and scenarios, and defeating his parents in a gracious and sportsmanlike manner.