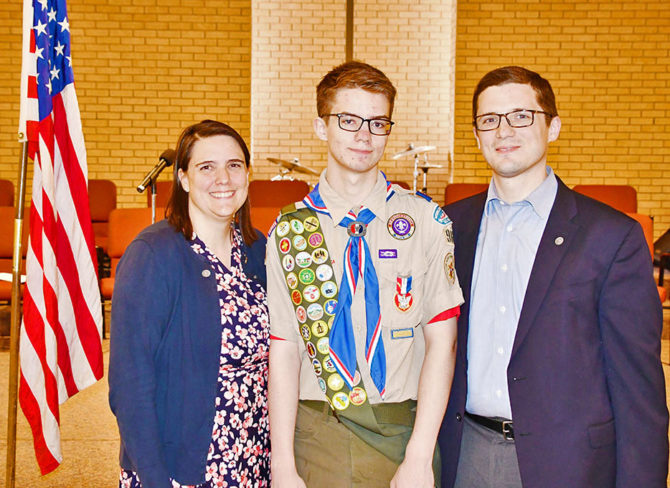 Patrick earned his Eagle Scout Rank on January 30, 2022. His Eagle Court of Honor was held on Saturday, March 26, 2022. He has been involved in scouting since the First Grade. This past year he served as Senior Patrol Leader, Troop Guide, and Junior Assistant Scoutmaster for Troop 964 in Dale City, VA. He has also staffed numerous camps for NYLT – National Youth Leadership Training.

His Eagle project benefited Semper K9 which is a local Veteran owned non-profit that rescues and trains service and therapy dogs for Veterans. After the tragic death of his uncle, a combat Veteran, Patrick decided to conduct an Eagle Project to help other Veterans.

On the 20th Anniversary of 9/11, Patrick assembled a team of family, friends, and fellow scouts throughout the community, to make paracord keychains and handles. These items are not only used in the training of service dogs but are distributed to veterans and their service animals for daily use.

Patrick has been homeschooled with Seton Home Study his entire life. Homeschooling has given him the flexibility which enables him to be involved in scouting and to further his likes and interests. History and Latin are his favorite subjects. He is currently finishing his Junior Year.