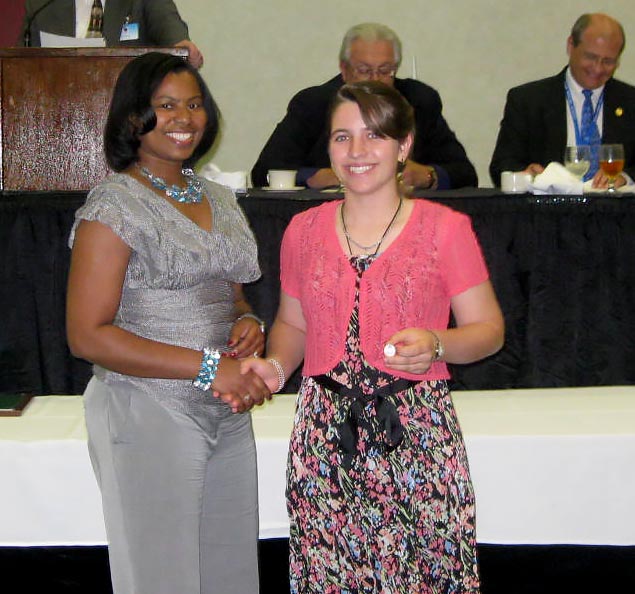 On June 23, 2011, Seton 10th grader Rachel was awarded the “Chris Allen Award for Outstanding Representative” at the 39th Session of the Florida 4-H Mock Legislature. She was nominated with a group of almost 20 other 4-H youth for this award.

Only two awards were given. This award is given to the 4-H member that shows the greatest enthusiasm and becomes the most involved in their mock role during the week-long session.

She highly enjoyed acting as a representative, which involves activities that resemble what actual state representatives do when they are in session, such as debating bills.