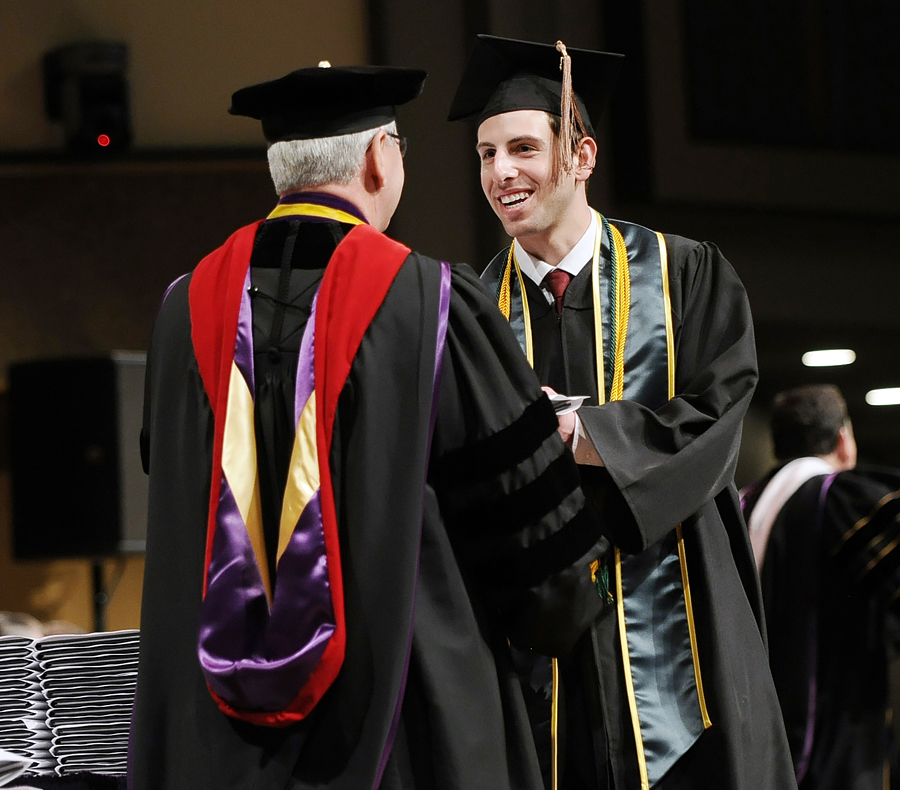 On May 4, 2013, Seton 2009 graduate Trevor graduated from Olivet Nazarene University in Bourbonnais, Illinois.

Among the honors that he received while at ONU are:

I would like to thank Seton for the rock solid education that I received throughout high school. Latin and English were grueling at times in HS, but it prepared me well for college. I can especially say this about English, which put me way ahead of the game and ready for my new job, which requires a lot of technical writing. Honestly, I can say that the first few years of college were easier than Seton HS.

Additionally, I can say that Seton did a fine job in preparing me to defend the Catholic faith. At college, especially a Protestant one, it is important to understand what you believe and why.

More than once during the mandatory Protestant theology and scripture classes, moments arose where I was required to defend the Catholic Church and its Doctrine. Without the thorough education in the Faith that I received from Seton and my parents, I would have been ill-equipped for this task.