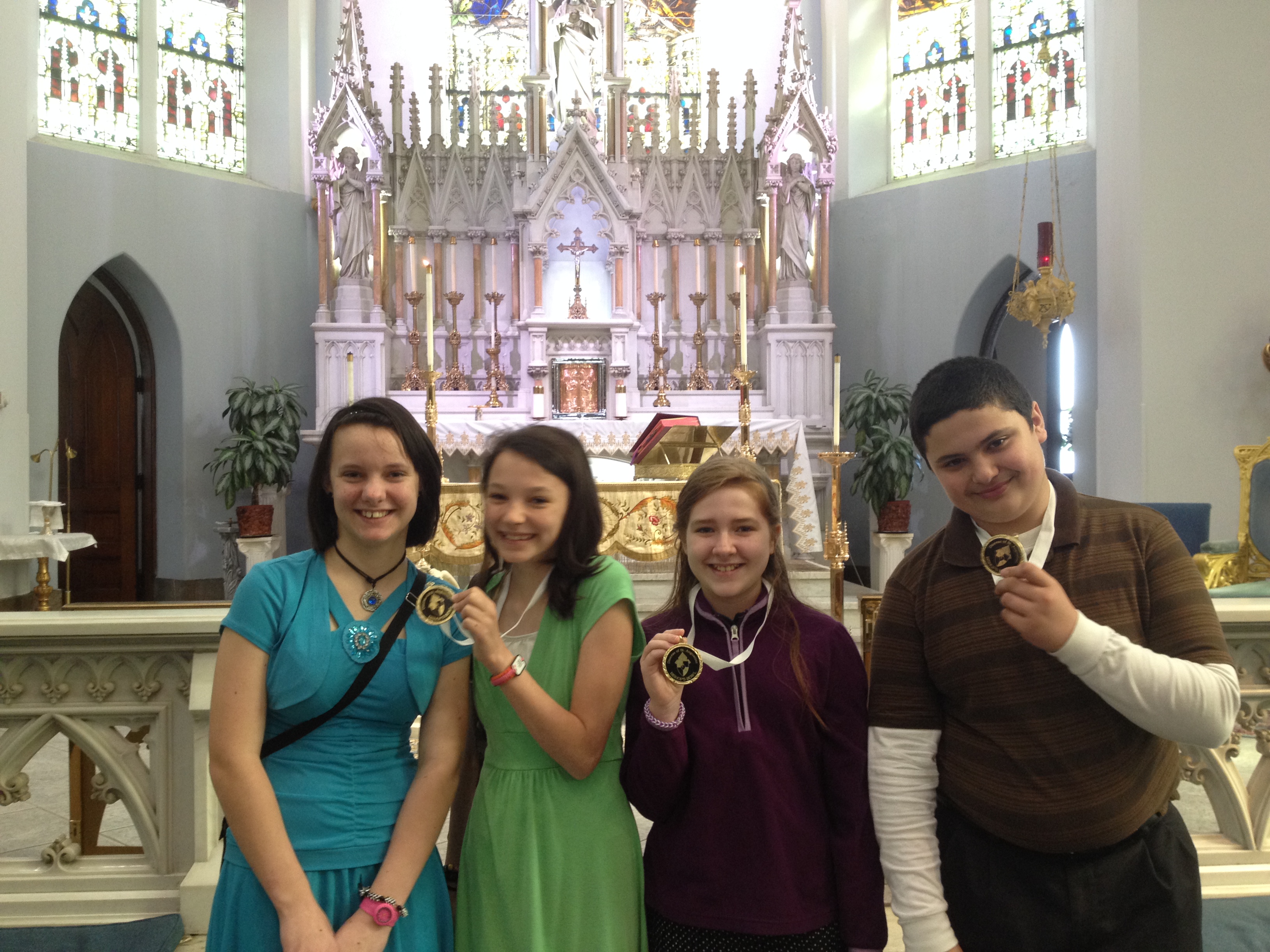 Homeschoolers won big in a recent diocesan-wide intellectual “Olympics,” testing the top students of each parish on their Catholic knowledge.

Bishop Felipe Estévez created the Bishop’s Bowl competition three years ago in the diocese of St. Augustine, located in northeast Florida. The contest is akin to a brain brawl, with questions ranging from saint identification, Catholic vocabulary that could stymy even an adult, to Church doctrine.

Two thirds of the teams sent to regional competition were from the Catholic private schools in the diocese. Basilica of the Immaculate Conception, which does not have a parish school, sent elementary and middle school teams. John Paul II, a large Jacksonville homeschool group, sent three teams to compete in all categories (elementary, middle, and high school).

The Immaculate Conception middle school team was made up of all homeschooled students, including one Seton student, and won second at regionals, held in January. JPII Homeschool group won first at regionals. Of the 67 teams that competed at four regional competitions, only the first and second place teams were sent on to finals.

The Bishop’s Bowl finals were held on March 14, 2014 at Bishop Snyder High School in Jacksonville, Fla. Parents and coaches of the teams packed the school cafeteria, and tension was high after the hour-long contest ended.

Erin McGeever, Director of Christian Formation for the diocese, proudly announced the gold and silver winners of Bishop’s Bowl. Each winning student was presented a “medal” at the award ceremony. Winners sported big smiles as they posed for photos with their medals.

JPII Homeschool Association tied for second place with in the middle school category, and won second place in the high school category. Maggie Britt, whose daughter Gracie won silver as part of the middle school JP II team, said, “We are very proud of the kids for all of the studying, practicing, and teamwork involved in order to perform well. Congratulations John Paul II Homeschoolers for a job well done!”

Stefanie Raines, whose daughter, Faith, was on the 2nd place Immaculate Conception middle school team at finals, said, “I am blessed and honored to be Faith’s mom and to interact with the families personally as well as being their Director of Religious Education. These children are an amazing example to be modeled in both their spiritual and daily lives.”

Marjorie Higgins, whose granddaughter, Sarah, was part of the silver medal Immaculate Conception team, said, “The Bishop’s Bowl was a wonderful opportunity for Sarah to compete as a Seton homeschooler and as a team member. Winning the silver as a first time competitor is a great credit to the Seton Home School Religion curriculum and its emphasis on the Baltimore Catechism. It is pure joy to see knowledge of the Faith, displayed by young competitors who love the Faith.”

The photo is of the Immaculate Conception middle school team, which tied for second place at finals. Names are from left to right: Faith, Rachel, Sarah, Lucas.