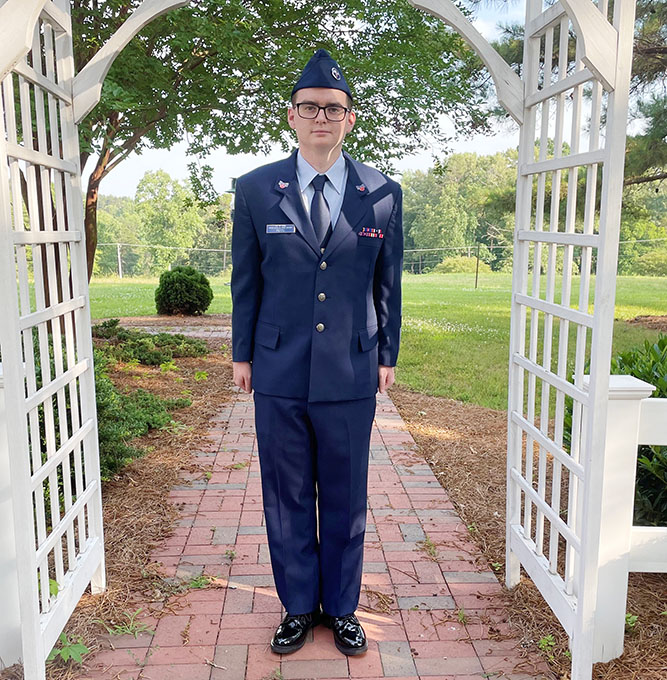 Dwight received his promotion to Sergeant making him a Non-Commissioned Officer and able to take on more responsibilities and leadership roles.

This achievement was recognized by the Civil Air Patrol where Dwight is a cadet in the Virginia Wing.

Homeschooling allowed Dwight more time to study for promotion tests, work towards physical fitness goals, practice drill, and prepared him for the independent study required. It also has provided the flexibility to receive more training flights than would be possible with public school schedules.

Regarding his interests, Dwight loved learning as much as he could about military vehicles and history and his favorite subject is history because it is interesting and important.

Dwight looks forward to using his knowledge and skills learned in the Civil Air Patrol when he enlists in the Air Force after graduation.

The photo was taken at Dwight’s home in Danville, Virginia as he prepared to leave for his promotion ceremony.