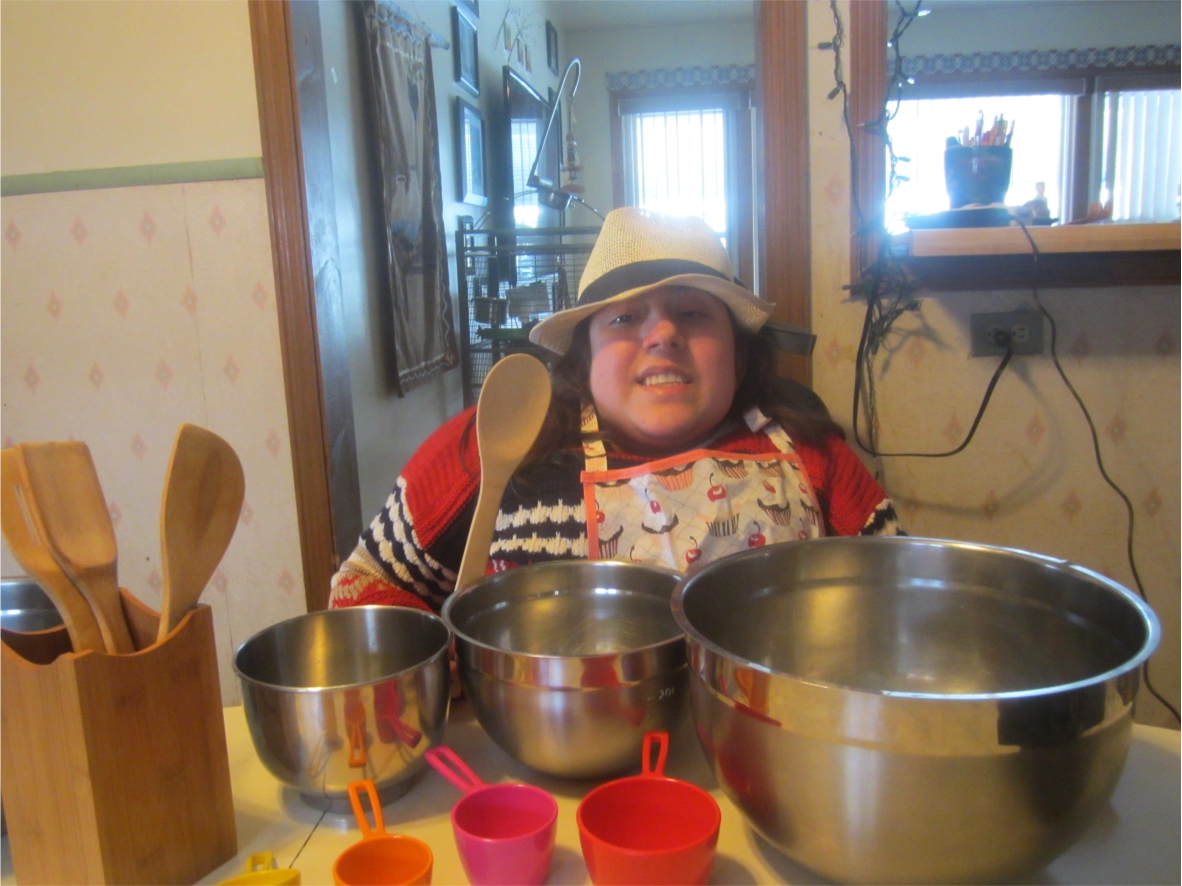 My daughter, Gianna, has been a Seton homeschooler since 1st grade. She has a myriad of medical issues all relating to spina bifida and has had numerous hospital stays and surgeries throughout the years. Through it all, her faith has given her sustenance and her passion for cooking has given her a distraction.

When Gianna was 14, she began a cookbook project for one of her electives. The cookbook was a year in the making and contains 52 latex-allergy friendly recipes, some signature hamburgers in honor of the special people in her life and a few restaurant reviews. She would spend hours on each recipe. She took the pictures. She wrote the introductions. I was merely the sous chef and support staff. This cookbook is her ‘baby’. And it is now available on Amazon.com. The title is, “A Year With Gianna”.