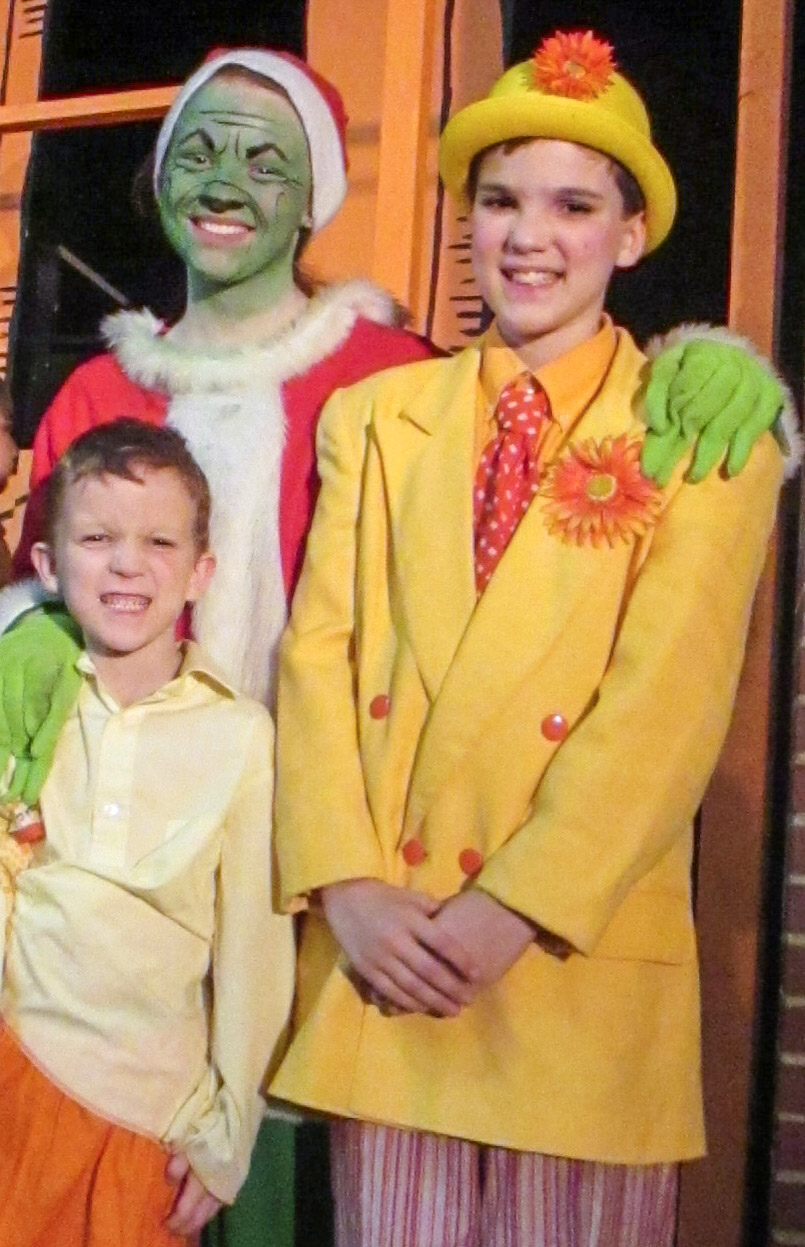 About one year ago, a fellow homeschooling family invited us to watch a musical in which their children were performing. Just a few minutes into that show, we knew we wanted to be a part of this organization.

Since then, James & Aidan have performed in the production of Shrek in the fall of 2014, and all three just performed in Seussical over the weekend of May 22-24, 2015. They practiced 3 days a week for 3 months, and joined a cast of nearly 50 other kids.

The final week of practice, “Tech Week”, is an exhausting yet exhilarating week consisting of 5 hrs/day of final practice and dress rehearsal, culminating in the performance of 4 shows for the general public.

What did you do:

We acted in the musical Seussical! Michaela’s artwork was also selected for the front cover of the program. Michaela played the part of The Grinch. James played the part of Mr. Mayor (of Whoville) and Aidan played a Who (pictured) and Max the Dog. They also played supporting roles in the ensemble cast.

Arts in Motion-Pasco (AIM) is a non-profit community youth theater and arts education organization dedicated to providing an opportunity for children in K-12th grades learn about performing arts in ways that are both educational and entertaining.

Being homeschooled was helpful during the months of practicing because we were able to learn at our own pace without having the added stresses of deadlines for school assignments. The flexibility of homeschooling was incredibly helpful.

What are your favorite subjects?