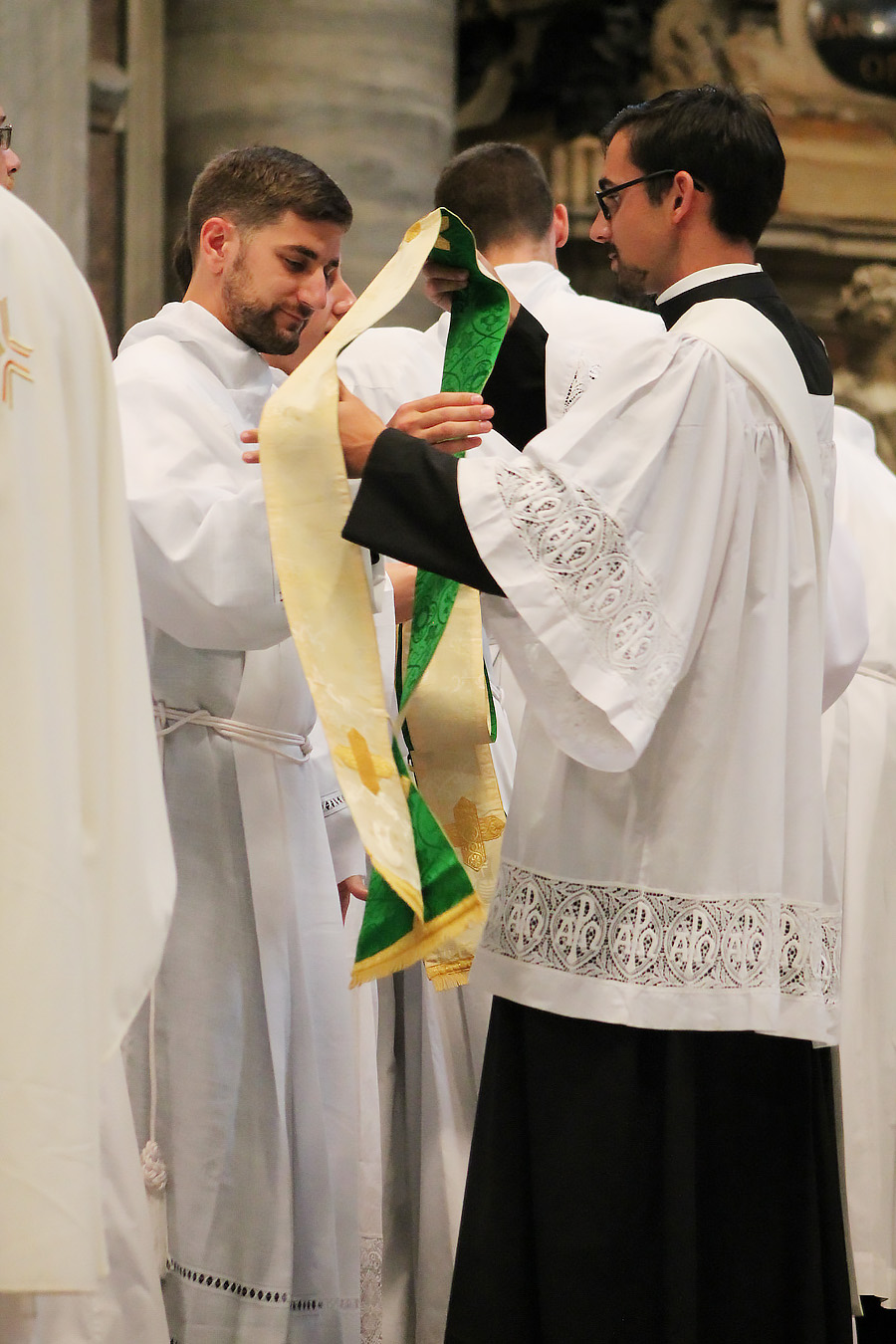 Daniel was ordained a Transitional Deacon, on Oct. 1, 2015 and is being vested by Deacon Robert Clay Adams who was ordained in his Diocese of Lexington, Kentucky in May 2015.

This is a story of 2 Seton graduates (2008) from different states who met and made this journey together. The first time Daniel introduced us to Rob he mentioned that he was a Seton graduate and that they plan on having class reunions in the future.

Both attended St. John Vianney Seminary at the U. of St. Thomas in St. Paul, MN, graduating in 2012. Then they went on to the Pontifical North American College in Rome, Italy. Rob’s Bishop was reluctant to send him since no one else from his Diocese was there.

Rob mentioned that his good friend from the Diocese of Lacrosse would be going so the Bishop agreed to send him to Rome. Rob vesting Daniel will probably be one of the last big events that they will participate in since neither will be able to attend the others Ordination to the Priesthood.

It taught him to study and learn on his own without being pushed by someone else.

The photo was taken at St. Peter’s Basilica in Rome, Italy, on Oct. 1, 2015. Daniel Sedlacek (on the left) is being vested, and Robert Adams (on the right) is vesting him.

Photo Copyright, and used with permission by Daniel Hart