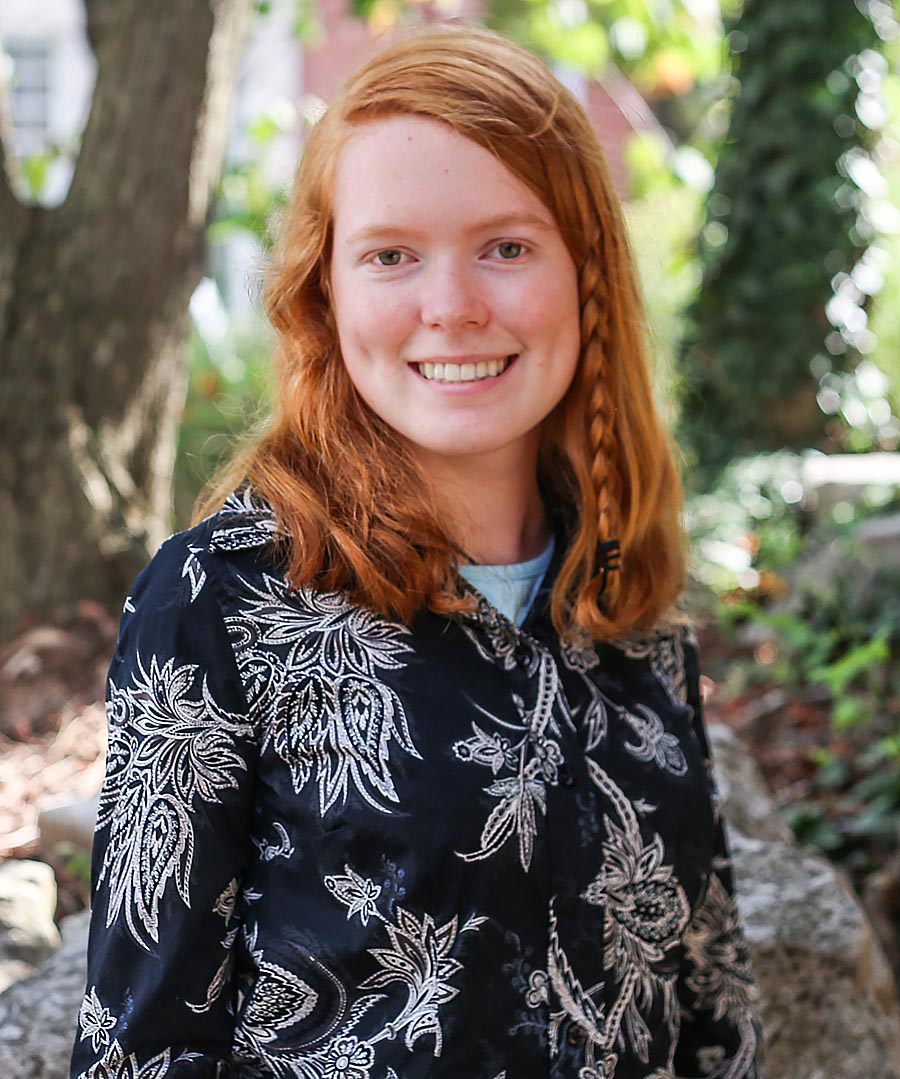 I was 16 years old and currently enrolled in Seton’s 11th grade, but I had no idea where I wanted to go and what I wanted to do for college. My parents were encouraging me to explore my options, and together we had visited different campuses and spoken with advisors. I was interested in math and science; they were interested in Catholic schools; we were all praying for God to lead me to the right place.

God indeed lead me, and in a direction I was not at all expecting. One day I received a flyer in the mail from Western Kentucky University. I had been interested in the school for its strong math and science programs, and for its unusually low tuition fee, and had requested to be placed on their mailing list some months before. The flyer explained to me a relatively new program that WKU was offering.

Named the Gatton Academy after its benefactor Bill Gatton, the program was specifically designed for academically gifted high school juniors and seniors with an interest in math and science, to give them a head start at college. They live on campus, in a dorm reserved specifically for Gatton students, and take college freshman- and sophomore-level science and math classes. After two years of studying at the Gatton Academy, students receive a high school diploma as do regular 18-year-olds; unlike regular 18-year-olds, they have an average of 60 hours of college credit upon graduation from high school!

Additionally, Gatton students are given opportunities for research, internships, and studying abroad. Lastly, most of the expenses are covered by the state; the average Gatton student’s yearly bill is $700, as opposed to the multi-thousand dollar yearly expense of most colleges. The Gatton Academy has been named the #1 high school in America for three years running.

I was simultaneously intrigued and scared. I loved the thought of taking college-level science and math classes, but I was frightened of the idea of living away from home! After praying about it, I decided that I had nothing to lose by applying. I took the ACT and sent my scores to the Academy; I wrote the essays required for the application and submitted them.

I completed my application well before the February deadline, and resolved to wait without getting my hopes too high. I knew that roughly half of all applicants would make the first cut. I prayed that God’s will be done.

At the end of February, we received an email telling us that I was among the 113 students who had survived the first cut. I was now to come to WKU’s campus for an interview with the Academy staff who would make the final selection.

I was very nervous the morning of the interview. Having been informed at the commencement speech that morning that the Gatton Academy would be accepting 59 applicants that year, and that all interviewees would receive the results in a week, I refused to get my hopes up. I told myself that I would do my very best at the interview and leave the rest to God. I prayed, God, if it is Your will that I attend the Gatton Academy, let them accept me. I will go. If it is not Your will, let them reject me. I will do something else for college and won’t dwell on it.

The emails came a week later as promised. Nervous, I forced myself to read the email and end the suspense.

The email said that I had been accepted. My parents cried. I was too stunned to display any type of reaction. My brain couldn’t process that little ordinary me was going to the nation’s best high school, to pursue my passion of math and science.

I spent the summer getting to know the Gatton Academy staff through email, and shopping for furnishings for my dorm room. I corresponded with Gatton’s advisor about which classes I would be placed in. I learned that my ACT exam scores had given me automatic credit for freshman English and freshman Algebra! I was grateful for Seton’s challenging curriculum that had prepared me so well.

A second placement test allowed me to bypass college Trigonometry and go straight into Calculus my first semester. Way to go, Seton math classes! The advisor also directed me to a research opportunity. I spent four hours per week of my first semester working on a cure for antibiotic-resistant tuberculosis. My job was to purify and analyze samples of a tuberculosis-attacking bacteriophage. It was one of the most incredible things I’ve ever done!

As the semester went on, I realized more and more just how much Seton has done for me. Being homeschooled had forced me to learn to set my own deadlines, and to motivate myself to complete my assignments in a timely manner. My class work was never late, and very rarely did I do a last-minute rush job on it . In fact, it was not unusual for my classmates to come to me for help the day before something was due, because they knew I would already have it completed.

I stayed on top of my homework all semester. I have had more than one classmate ask me, incredulously, “How do you get all your assignments done on time, make A’s on the majority of them, and still get 7-8 hours of sleep per night almost every night?” I smile and tell them, “I start working on assignments the day they are given to me, instead of the day they are due.”

My first semester’s GPA was a 4.0; in comparison, most Gatton students suffer a slight to severe GPA drop their first semester as a result of not knowing how to set their own deadlines and stick to them. Thank you Seton!

I was very excited to begin my second semester. I chose to continue my bacteriophage research, this time decoding the phages’ genomes. I found DNA sequences which coded for the phage’s head, neck, and tail. I even got to be on live TV when WKU’s broadcasting service interviewed me about my findings!

I took a sophomore-level English class my second semester. Thanks to Seton’s rigorous English program, I had no trouble getting A’s on all of my papers. My professor even told me, when I chanced to meet him on campus, that he thought I wrote excellent papers and that I should consider majoring in English. Thank you Seton!

Although the Academy offered summer classes, internships, and international travel, I chose to stay home and catch my breath after such a full year. I am currently volunteering in 4-H, and I will be giving a presentation on the University of Kentucky’s campus about my research with the bacteriophages.

Despite the fact that the Gatton Academy is secular and state-funded, it has not interfered with the practice of my religion. I am well known at the Academy for my devotion to my Faith, and for my ability to practice and defend it! When my Personal Health class was discussing family planning methods and I mentioned NFP, none of my classmates knew what I was talking about and they asked me to explain. I said a quick prayer and did my best. To my surprise, the professor told me that I had given a very good explanation of NFP, and even added that the method can work very well when implemented properly.

Additionally, the Academy offers a course in Old Testament history, which I intend to take. State institutions don’t have to be devoid of religion!

In conclusion, I never dreamed that God would take me down this road, but I’m very glad He did and I’m very grateful to Seton for preparing me so well. After my two years at Gatton are finished, I plan to continue my education at Western Kentucky University, with a major in Chemistry and a double minor in Biochemistry and Astronomy.

If all goes well, I plan to complete a Master’s degree as well. I hope to someday work in a research laboratory, finding cures for tuberculosis and many other diseases besides.

The included photo is my yearbook picture, taken by professional photographers on WKU’s campus.