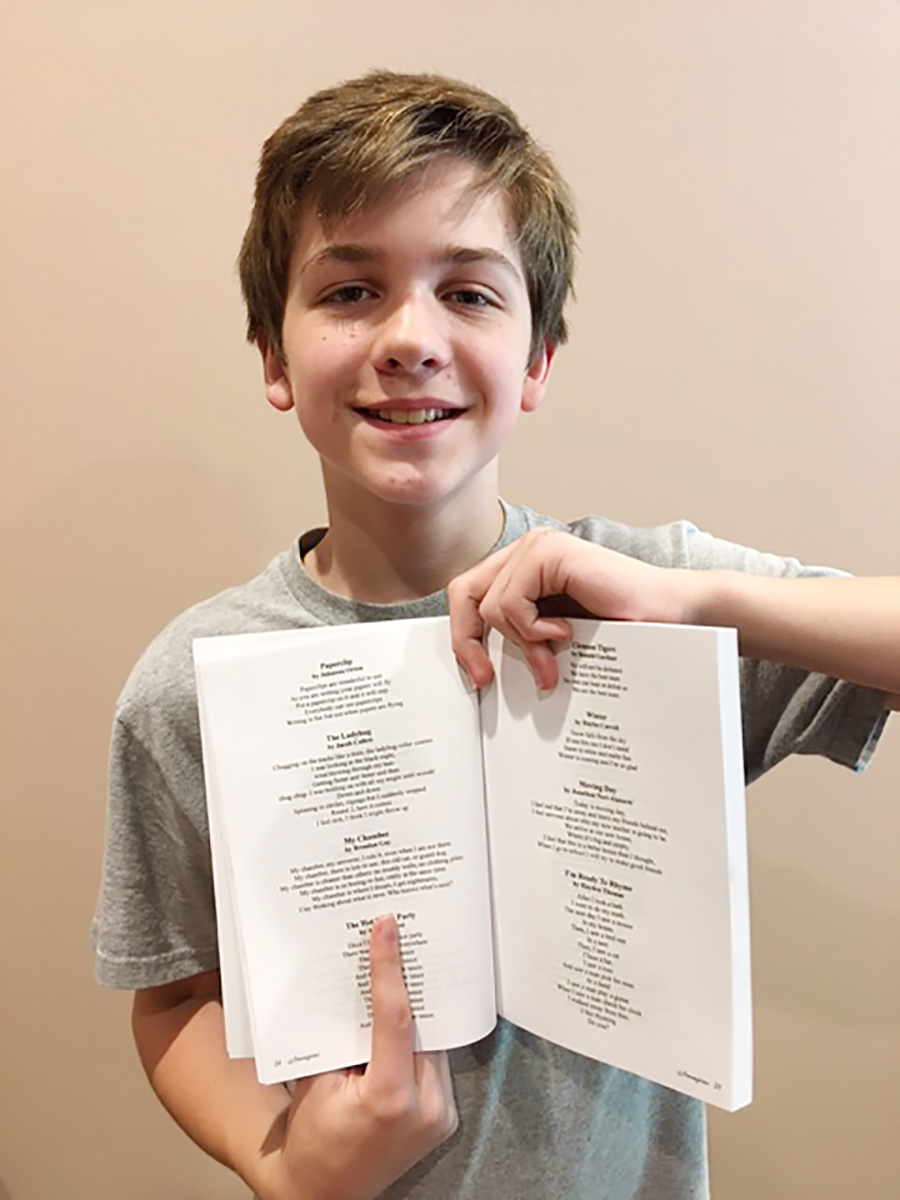 Brendan’s poem “My Chamber” was recently published in the Imagine 2016 Poetry Collection Winter Edition published by The American Library of Poetry in Houlton, Maine. He received his copies this May.

Brendans poem, which is all about his bedroom, his “universe,” is his first published poem although he has written several poems, books, and stories illustrated with his artwork or Lego creations.

A first-time homeschooler this year, Brendan has found that schooling at home minimizes distractions and allows him extra time for working on his creations.

Brendans interests center on the arts and sciences including drawing, playing his drum in the Yorktown Fifes and Drums, and making Lego creations. His latest obsession is modifying Nerf guns.

He also enjoys swimming, tennis, playing with his dog and two cats, and going camping, on bike rides, and boating with his parents.

Brendan is thinking about combining his talents in the arts and sciences into some form of graphic design or architecture job when he gets older.

His Great Grandfather Richard Gay, Sr., was at one time the oldest licensed and practicing architect in the State of Maryland.

Brendans favorite subject is science because of the experiments and field trips he takes with his Mom.

He also loves art including the Seton projects (he designed his own heraldry shield) and takes art lessons at a gallery in Williamsburg.