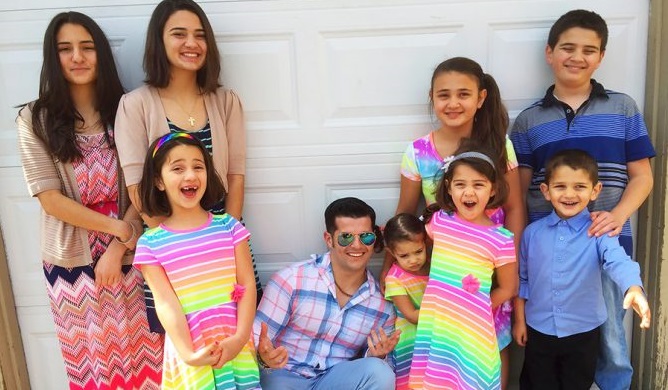 On April 11th, 2016, my family and I made homeschooling history. We live in a city -or used to- that was one of the two towns in my state that did not allow homeschoolers to participate in any high school sports or extracurricular activities.

It all started when I realized that I had only a couple of soccer games left, so I said to my dad, “You know, I really wish I could play high school soccer.”

Who knew that that little sentence I said changed our school committee’s view on homeschoolers? My dad is the hero of this story.

He contacted the mayor, who knew us from soccer, and spoke to him about the issue. He agreed it was definitely an unfair policy and he wanted the school committee to review and consider changing it.

Well a couple of months later we found ourselves at the first school committee meeting, where we had friends, soccer coaches, and teachers speak about the importance of homeschooler’s extracurricular activities and sports.

We had a few of these meetings and I was really discouraged to see the board’s perspective of homeschoolers and how some of them were against homeschoolers having access to public school activities.

There were blood, sweat, and tears -literally- and even I gave a speech. Luckily it was time to vote for some new members. My dad contacted more people running for the school committee open seats, and all the candidates running seemed to be open to revising the old homeschool policies which made us feel hopeful.

We spent hours in the cold holding signs with smiles plastered on our faces and waving at every person who passed us. Fortunately, all the campaigning paid off and the two people we wanted made it on the school board.

Fast-forward to the night of the voting, and everyone in my family was nervous. We knew that three of people on the board could vote no, and three could vote yes. We had a chance. And we knew if there was a tie, the mayor could break the tie in our favor.

The committee debated for about two hours before they took a vote. And our prediction was right; it was a 3-3 tie and the mayor broke the tie which gave the majority voting of adopting a new policy and opening the public schools to homeschoolers!

Not only will kids in our city be able to do sports, but they can take AP classes, chemistry, or anything they want!

Thanks to a spectacular mayor, great committee members, and God, I am now looking forward to tryouts with a chance at representing my city on the high school girl’s soccer team!