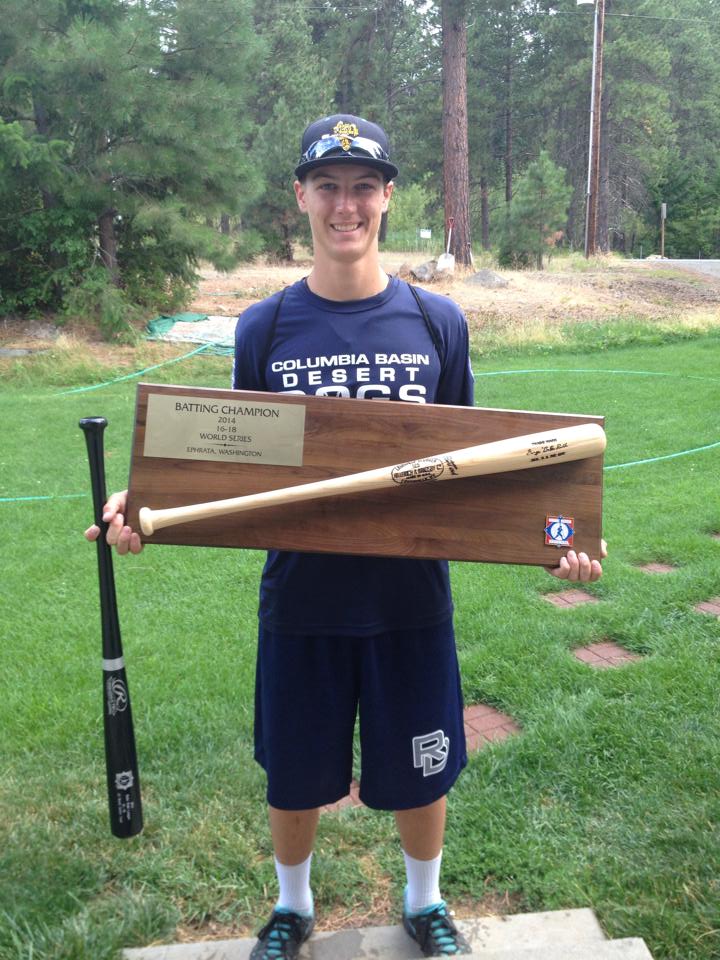 This summer I played on an 18U Summer Baseball team called the Columbia Basin Desert Dogs, as a catcher and first baseman, where we won the North Washington State Babe Ruth Tournament, qualifying us to play in the Babe Ruth World Series August 7-14. Our team placed 5th out the 10 teams participating from the US and Canada. I earned the title of World Series Batting Champion, with a batting average of .500, as well as being named to the All World Series Team.

As a homeschool student, I am able to focus concentrated amounts of time to my studies, as well as to becoming a better baseball player, with the goal of playing baseball at the collegiate level. I have the flexibility to schedule my school work, job and baseball in way that best suits whatever is going on and still be able to enjoy other things, like hunting and hiking.

The photo was taken at my house in Cle Elum, WA