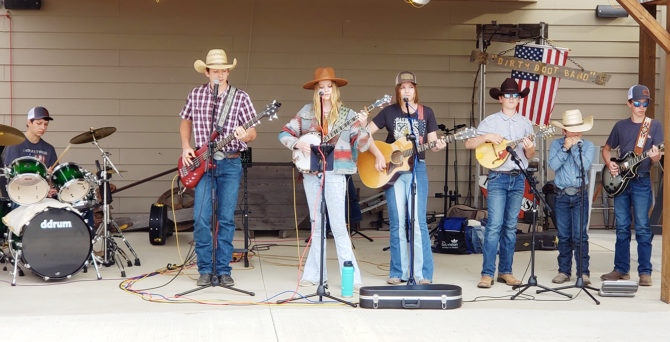 A little over two years ago, two families of Seton homeschoolers came together to create The Dirty Boot Band. These kids, two seniors, a junior, a freshman, two 7th graders, and a 5th grader, are all country-raised and cousins!

They’ve recently performed at a Canaries baseball game in Sioux Falls, SD, as well as two performances at the South Dakota State Fair.

The SD Country Music Hall of Fame has helped them find some of these venues. The SD Short Grass Arts Council recently asked them to perform at their Tales on the River, where they had a chance to tell people about their music and why they chose some of the songs they like to sing.