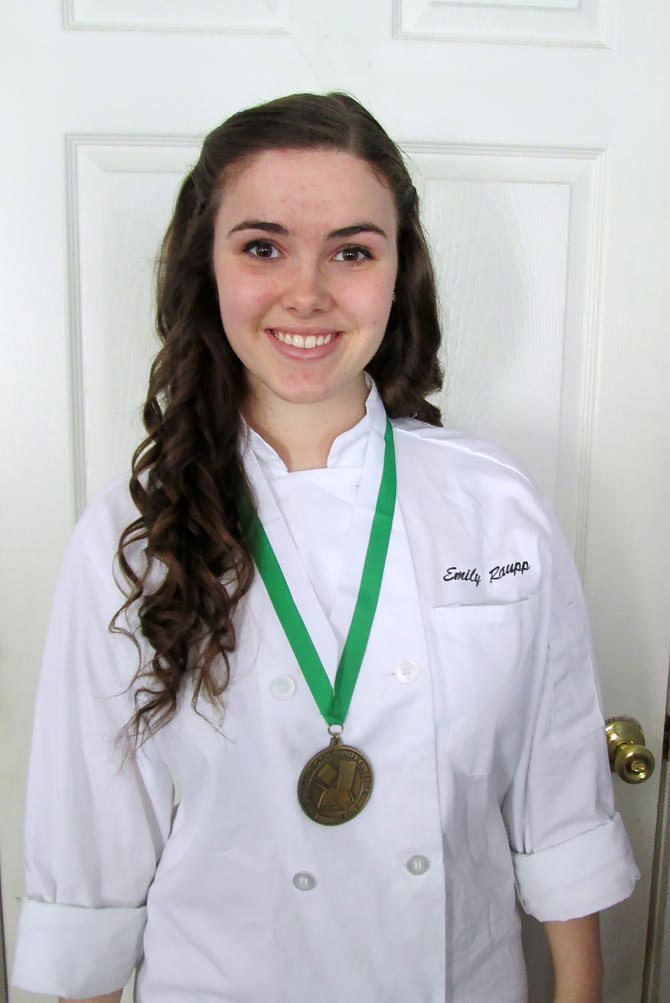 She had four hours to prepare many products including: puff pastries, cookies, dinner rolls, muffins, cinnamon rolls and a decorated cake. She competed against twenty other highschool students in her region.

Emily has been taking baking classes for nearly two years through a Culinary Arts Program at the local highschool in Saline, MI. Her flexible school schedule with Seton has allowed her to spend extra hours in the kitchen practicing for competition.

By winning first place, Emily is now qualified to compete at the State Competition for Skills USA Commercial Baking where she will compete against the best highschool students in the State of Michigan on April 12th, 2014.