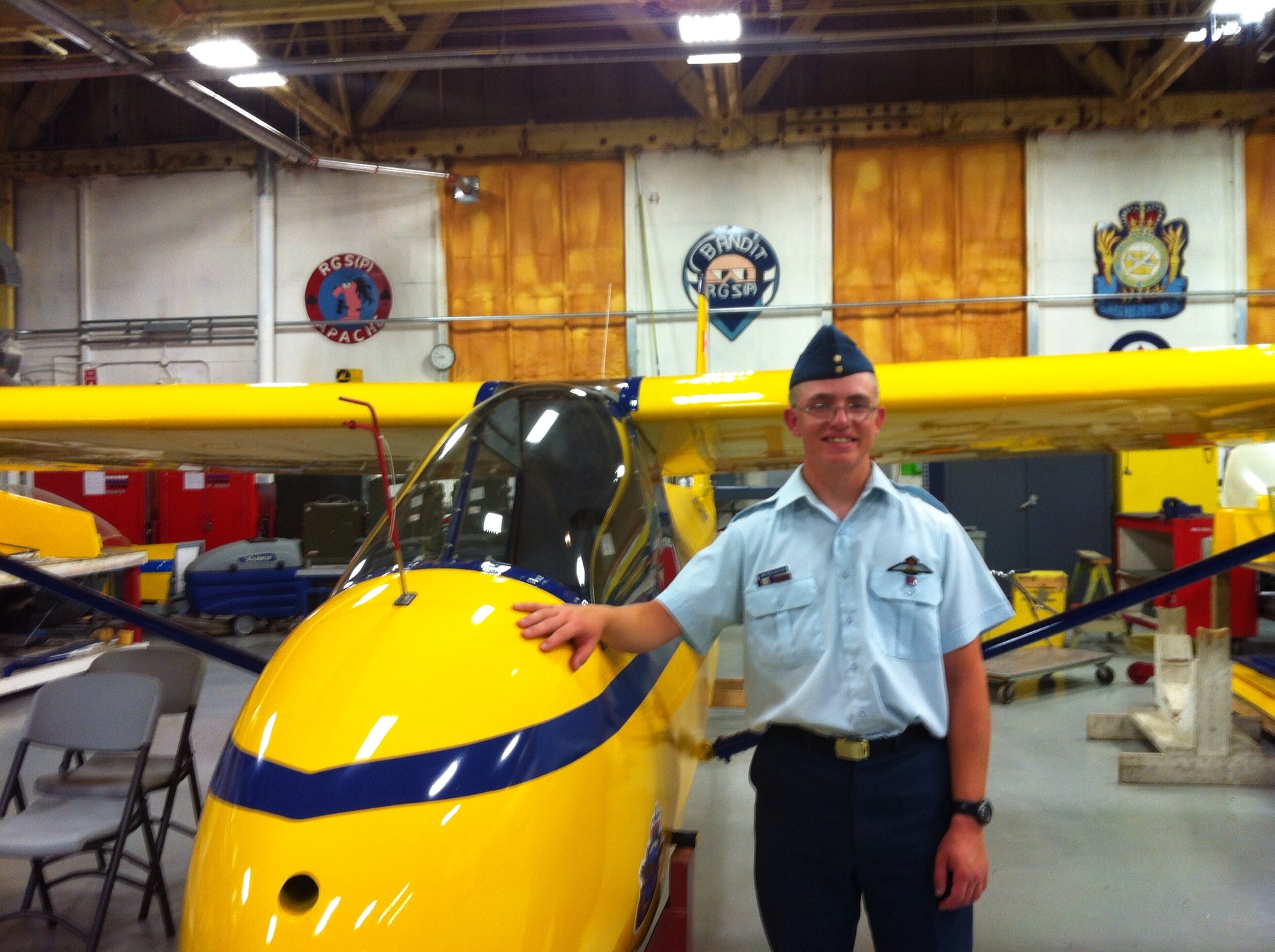 Warrant Officer Dominic has received a power pilot scholarship through Royal Canadian Air Cadets. He will spend seven weeks this summer at a training center in Manitoba, obtaining his private pilot license. To get this scholarship, he had to take a ground school exam, submit a report card, write an essay on why he deserves this scholarship, and go through a selection board interview. Dominic joins both of his older brothers in obtaining both his glider’s license and pilot’s license through air cadets. He is the parade commander of his air cadet squadron (802 Pipestone, based out of Moosomin, Saskatchewan).

Homeschooling helped him learn how to study to prepare for the pilot exam. It helped him with his writing skills to prepare his essay. It gave him confidence to go for his goals.

Dominic is standing beside a glider that he flew in.